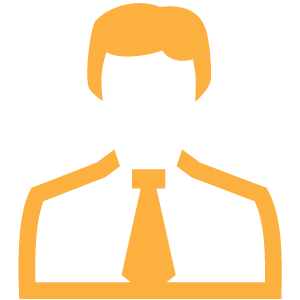 There are no words that can soothe the pain of losing a loved one or watching as they recover from a serious injury. When something happens that could have been prevented, the pain is that much worse. Our blog will talk about how injured parties can use the law to get compensation from a company or person for their neglectful actions that caused the injury or loss of life. It is our intention to help prepare you for what may lie ahead and inform you of what can be done to try to make things as right as they can be during such a difficult time.

You May Deserve Financial Compensation For Waking Up During Surgery

Waking up during surgery is uncommon, but when it occurs, it can be a traumatic experience. If you're dealing with the psychological after-effects of waking during an operation, talk with a personal injury lawyer about claiming financial compensation. Certain types of operations and medications are more frequently associated with these incidents, and you may relate to common symptoms associated with waking up during surgery.

A study published in 2014 provided details of an audit on how many patients have reported waking up during an operation.

Many patients receive strong muscle relaxants that block nerve stimulation to muscles and have paralyzing effects. Oddly enough, patients who receive these paralytic drugs are significantly more likely to wake up during surgery. Approximately 1 in 8,200 patients who received those drugs reported waking up, compared with only 1 in 135,900 who didn't receive those substances.

Some types of operations are much more commonly associated with awareness while under general anesthesia. About 1 in 670 women undergoing a Cesarean section, for instance, wake up during the procedure. Anesthesia during a C-section generally is lighter than normal to make sure the process is safe for the baby.

Waking up and feeling paralyzed can be the most traumatic experience for patients. Being unable to move is terrifying, and patients might feel like they're choking or having a near-death experience. They are unable to let anyone know they are awake since they not only can't move -- they also can't speak.

In contrast, patients who didn't receive paralytic drugs can alert the surgical team of wakefulness and a need for additional anesthesia. Patients also are likely to feel pain when they wake up during surgery. In addition, general anesthesia can cause hallucinations.

Waking up during an operation can result in ongoing post-traumatic stress. You may be afraid of sleeping, for example, or you may feel anxious about sleeping while lying down. Nightmares also may intrude upon sleep. While awake, you may have flashbacks of the incident and be unable to stop thinking about it.

If you had an operation and woke up during the procedure, you may be dealing with troubling psychological effects. Contact a personal injury lawyer to learn whether you deserve financial compensation.

You may have an especially good case if other people can verify the symptoms you're dealing with. Other members of your household, for instance, may verify your sleep problems. In addition, your sleep may be so disrupted that you're missing work or performing poorly at work. You may be able to receive compensation for factors such as lost wages, psychological counseling and reduced quality of life.